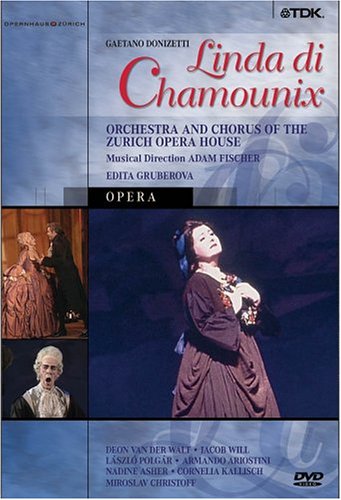 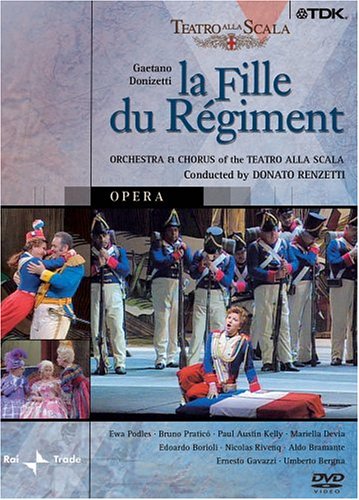 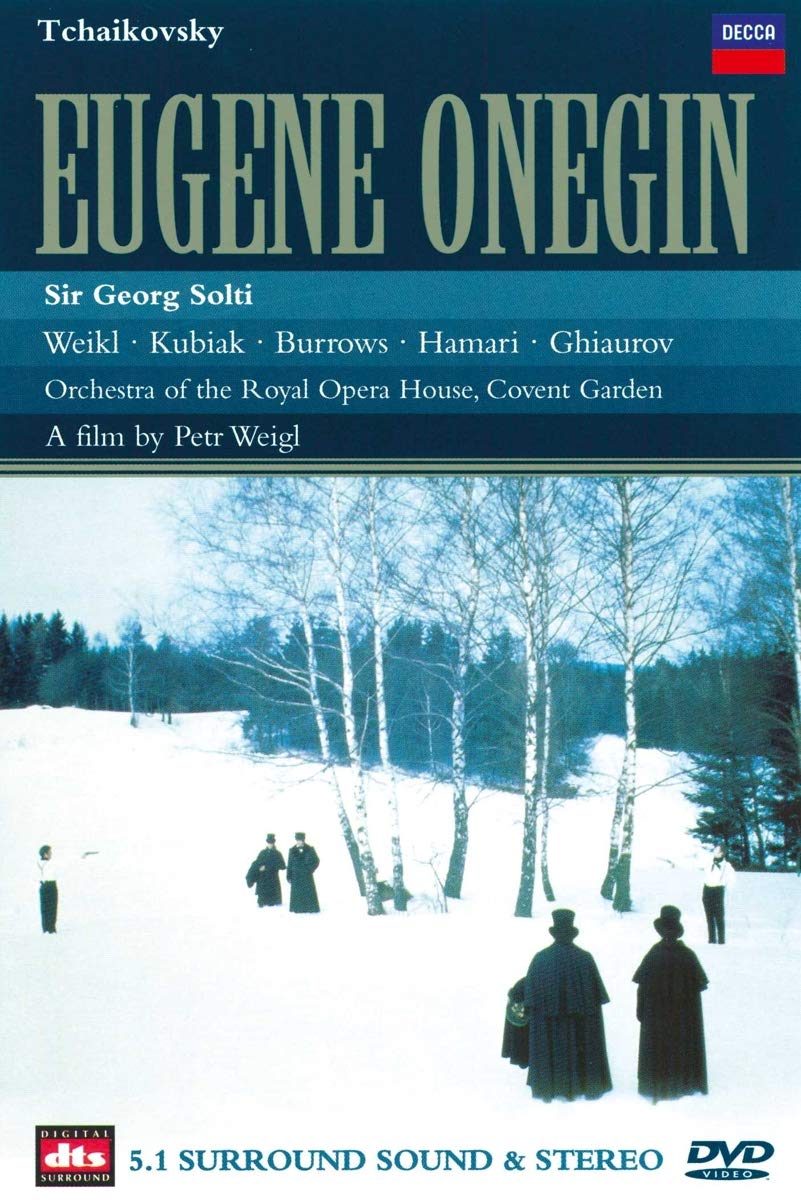 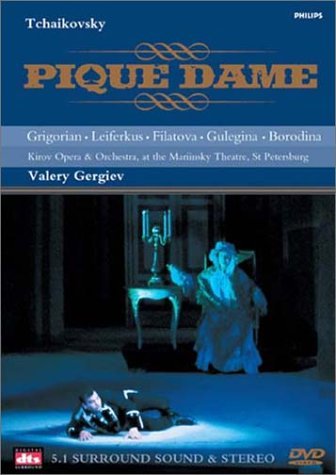 Linda di Chamounix was composed in six weeks for the Vienna Kärntnertortheatre where it was premiered May 19, 1842 to great acclaim. For some years Linda was performed frequently but soon fell into relative oblivion except for the coloratura showpiece aria "O luce di quest'anima" from Act I. This fine 1996 production from Zurich shows what today's audiences have been missing. The opera is a delight, filled with memorable arias—including an "mad scene" although not as lengthy or distinctive as the one Donizetti wrote seven years earlier for Lucia di Lammermoor. Above all, Linda di Chamounix is a showcase for a coloratura soprano, in this case Edita Gruberova who has been on the operatic scene for well over three decades (she made her operatic debut in 1978). This performance was filmed in September 1996. Gruberova negotiates the fiendishly difficult music with relative ease, although some notes are approximate, and her voice turns rather shrill in the upper register. The entire cast is strong, particularly Deon van der Walt's Carlo. The stage design by Erich Wonder is simplicity itself, but works well. There are 26 tracks on the first DVD, 36 on the second—I don't know why they used two disks when one would have sufficed, but there is no extra cost for DVD2. Each act begins with a spoken (and translated) synopsis which is a bit misleading and not very complete: it doesn't mention that at the conclusion of the opera Linda regains her sanity and there is a happy ending. Also, as often happens in English translations, some correct but strange words are used—at one point the word "besmirched" is used—I haven't heard that since an old Elaine May/Mike Nichols comedy skit. Photography is fine, the surround sound excellent.

Le Fille du Régiment was presented under its French title when it was premiered in Paris at the Opéra-Comique Feb. 11, 1840, and is sung in French in this 1966 LaScala production The plot concerns a young girl, Maria, adopted when she was a baby by Napoleon's Twenty-first Regiment, who has thrown herself wholeheartedly into military life. She has fallen in love with the young man Tonio who joins the Regiment to save Maria from an arranged marriage and to claim her for himself. Mariella Devia is a charming, assured Maria, Paul Austin Kelly successfully negotiates his big aria ("Ah, mes amis") with its repeated high Cs. Ewa Podles is a brilliant Marquise displaying comedic instincts as well as a spectacular mezzo. The speaking role of The Duchess of Crakentorp is humorously taken by Edoardo Borioli—a role spoken by Ljuba Welitsch in the 1972 Met production of Daughter of the Regiment (which starred Joan Sutherland and Luciano Pavarotti), a characterization reminiscent of Dame Edith Evans in the 1952 film of Oscar Wilde's The Importance of Being Earnest. The scenery and costumes are by Franco Zeffirelli, and surprisingly subdued for him. Photography is first-rate, surround sound realistic.This DVD of Eugene Onegin is a film by Petr Weigl that utilizes Decca/London's quarter-century old recording (1974) conducted by Sir Georg Solti. It is a fine performance of Tchaikovsky's "lyric scene" story of the tragic dilettante Onegin who too late realizes he loves the young girl Tatyana. Teresa Kubiak is a sensitive Tatyana, Stuart Burrows a splendid Lensky, and Nicolai Ghiaurov's rich Prince Gremin is impressive. Featured actors are Magdaléna Vásáryová as Tatyana, Kamila Magálová as Olga, Michal Docolomansky as Onegin, Emil Horváth as Lensky, and Premysl Kocí as Gremin. In a film of course it is possible to see the beautiful countryside, the snowy expanse of the wintery duel scene (stained by Lensky's vivid red blood) , and the grandeur of the ballroom interlude.As one might expect, there are a few lip-sync problems. The "surround sound" has been skillfully created; everything is in the front with a stereo perspective, but appropriate ambient sound from other speakers. Surtitles are provided in six languages.Pique Dame followed Onegin by about a decade, with a successful premiere December 19, 1890 at the Mariinsky Theatre. The composer's brother, Modest, wrote the libretto which is the sad tale of Herman who is obsessed with winning at cards. In order to meet the mysterious Countess who knows the secret of the winning cards, he courts the young girl Lisa whose guardian is the Countess. Herman hides in the Countess's bedroom and begs for the secret of the three winning cards. She refuses, has a seizure and dies without revealing the secret. Later the ghost of the Countess appears to him asking him to take care of Lisa and identifying the three cards: three, seven, and ace. In the gambling house Herman bets everything only to find out that the final card is not an ace, it is the Queen of Spades. The ghost of the Countess appears, Herman is horrified and stabs himself.This DVD offers a fine performance by the Kirov Opera with Valery Gergiev conducting, apparently recorded around 1992, with a strong cast. Gegam Grigorian is superb as Herman, Maria Gulegina is a sympathetic Lisa, in better vocal condition than she was in the La Scala Tosca. Ludmila Filatova is admirable as the Countess; it's unfortunate she wears a costume that looks like a grab-bag of laundry—after all, she is a Countess. There are 28 tracks, which is not enough. Surely there should be separate tracks for different sections of the first act's final scene, which, as track 12, is 19:41; this also applies to the opera's final scene. Video direction is by Brian Large, and first-rate; the stage production was by Yuri Temirkanov. This wasn't recorded in surround sound, but has been "digitally reprocessed" successfully. Subtitles are provided in six languages.
R.E.B. (January, 2004)